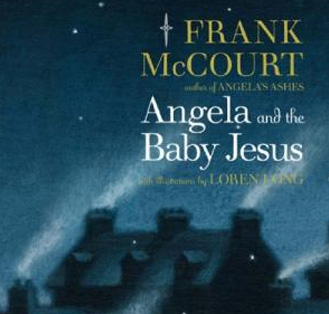 Angela and the Baby Jesus

The six year old Angela looks at the naked baby Jesus in her local church in Limerick, Ireland, circa 1912, and thinks he looks cold. She wonders why his mother, or one of the shephards, doesn't put a blanket over him. She decides to take him to her bedroom and wrap him in her own blanket. The journey home is a bit difficult and when the disappearance is discovered, the whole parish is very, very upset. But Angela does carry the baby back to church, and all turns out well.

Angela and the Baby Jesus Interview

RC: How much research did you do to complete your work for Angela and the Baby Jesus?

LL: I did general research for the proper clothing attire and a feel for the building/architecture that would be in my pictures. This research included such elements as a sense of what an Irish police officer would wear during this time period as well as a confessional booth from when Angela was a little girl.

LL: Did the pictures for Angela and the Baby Jesus come smoothly out of you or was there turbulence along the way? The images look very natural, did you struggle in any capacity while creating this book?

RC: Most pictures flowed smoothly due to the writing by McCourt. I’ve never been to Ireland, so I struggled to make sure the places in the story were reflected as close as possible in the pictures. That meant hours of research, and no doubt the movie Angela’s Ashes was a big influence.

RC: Were there any influences (favorite artists, movies etc.) that made it into the final pieces of the story?

LL: As with most of my work, my appreciation for Thomas Hart Benton often seeps into the way I handle the human figure. There is also a bit of Edward Hopper in the night street scene in particular as well. I also watched the film Angela’s Ashes, which gave me much inspiration.

LL: Your technique and style are so unique. What is your medium and how do you achieve the Raul Colon signature look?

RC: My technique involves washes on watercolor paper, “etching” the paper, adding colored pencils over that, and finishing it off with litho pencil. The paper itself creates the texture.

RC: How long did it take to complete the individual pieces and the project in its totality?

LL: Each final painting took several days to complete. At the time I was working in and out of several projects. The entire book from sketch to finish probably took the better part of four months.

LL: Which one of your pictures for Angela is your personal favorite?

RC: My personal favorite piece is the one where the entire family hastily walks to church at night. The sketch and composition for that took no more than fifteen minutes. The final—a day and a half. Also it was the first picture that came to me, setting the tone for the rest of the book. 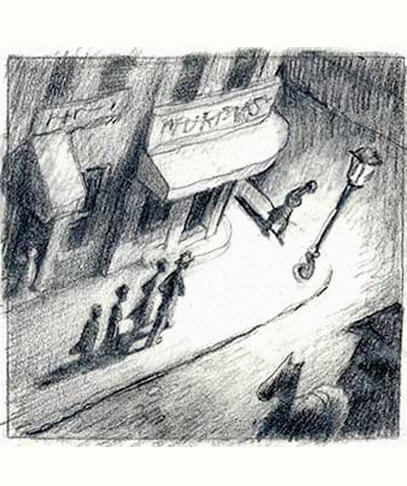 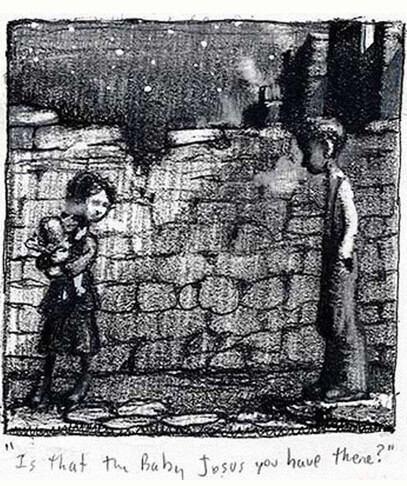 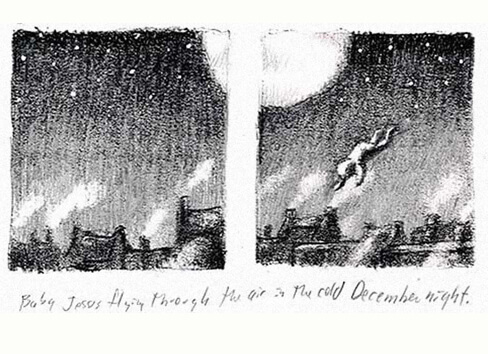