When I Heard the Learn’d Astronomer

Walt Whitman’s “When I Heard the Learn’d Astronomer” is an enduring celebration of the imagination. Here, Whitman’s wise words are beautifully recast by New York Times #1 best-selling illustrator Loren Long to tell the story of a boy’s fascination with the heavens. Toy rocket in hand, the boy finds himself in a crowded, stuffy lecture hall.

At first he is amazed at charts and the figures. But when he finds himself overwhelmed by the pontifications of an academic, he retreats to the great outdoors and does something as universal as the stars themselves . . .

Winner of the 2004 Parents' Choice Gold Award and the Golden Kite honor from the Society of Children’s Book Writers and Illustrators. 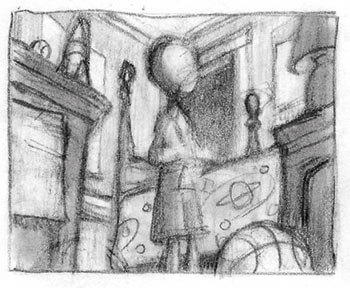